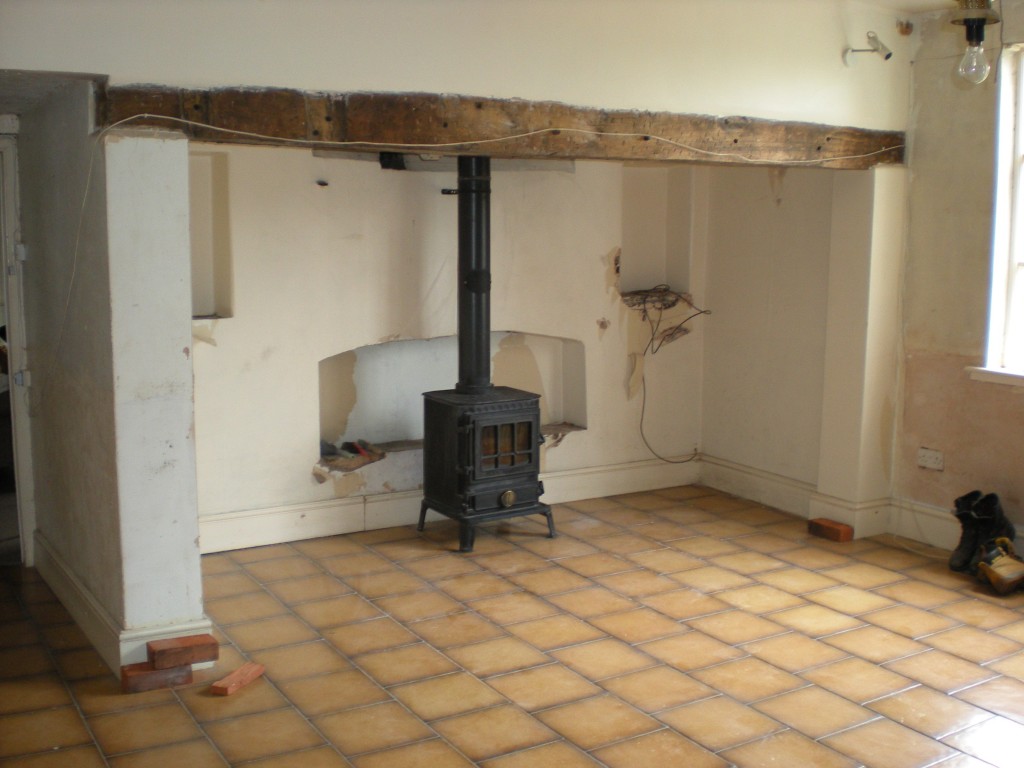 Wootton Farmhouse is formed from two houses, the first an oak box frame 2 storey building constructed in approximately 1650, and a newer brick building from about a hundred years later, its our long term project just outside Eccleshall, Staffordshire, so you’ll see a lot more projects from here.

This part of the house was we believe constructed in about 1750, it was renovated and had a great deal of charm removed in 1985 when the tiled floor and hard render were applied.

The initial plan was to remove the render and repair the brickwork, unfortunately the combination of hard render and soft handmade brick made this impossible.

Reclaimed local hand made bricks were sourced, and the inglenook overbricked in the same style as the original, some historic licence was taken in the addition of stone plinths made from sandstone dug from the garden and matching the buildings foundation, the stone bears the marks from its original hand dressing. We also formed  a herringbone hearth. 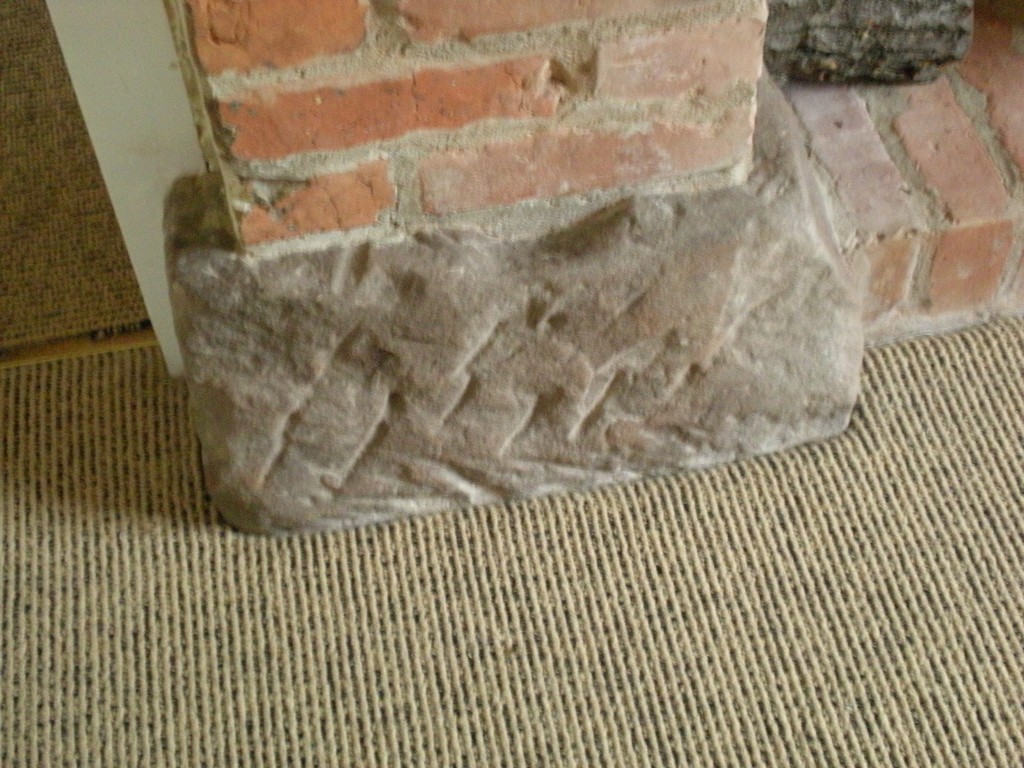 The project was undertaken using traditional methods, lime mortar and a great deal of patience and attention to detail. I think you will agree the end result was worth it. 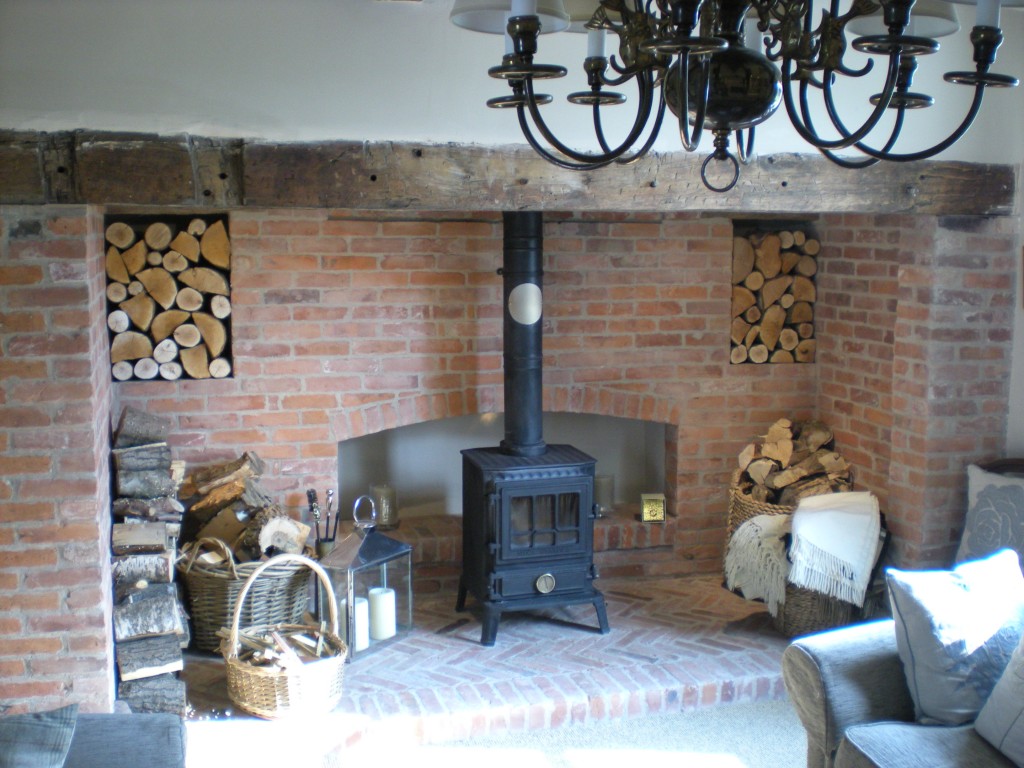 All credit for this project goes to Vic, who did the lot. Thanks Vic. 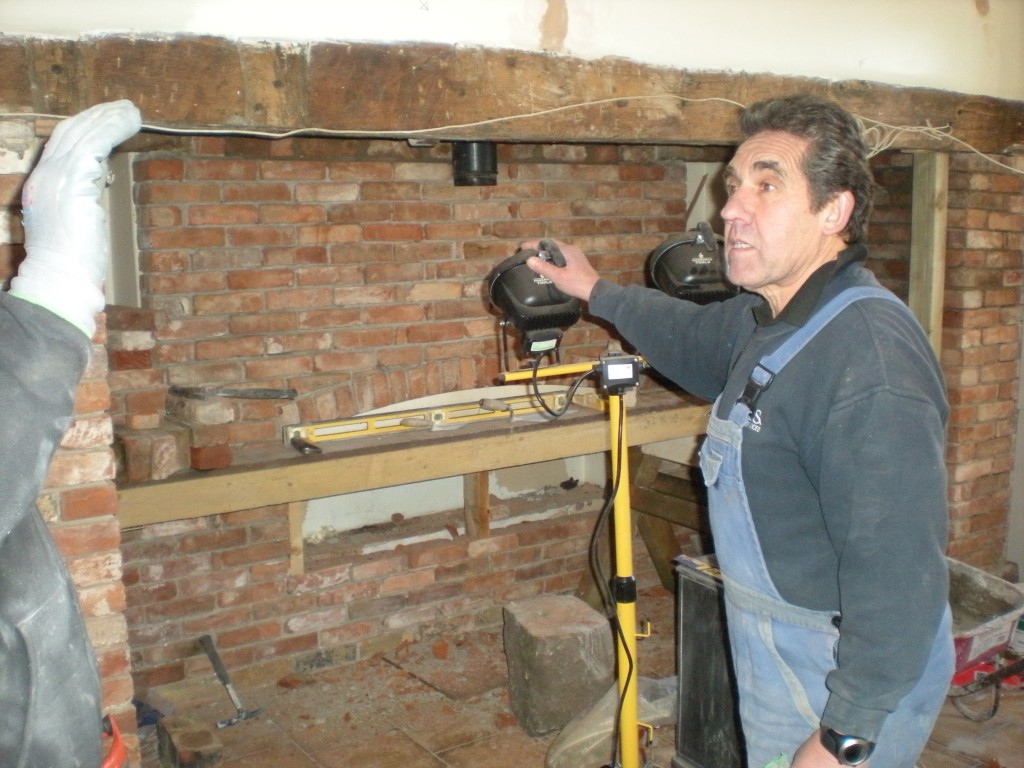